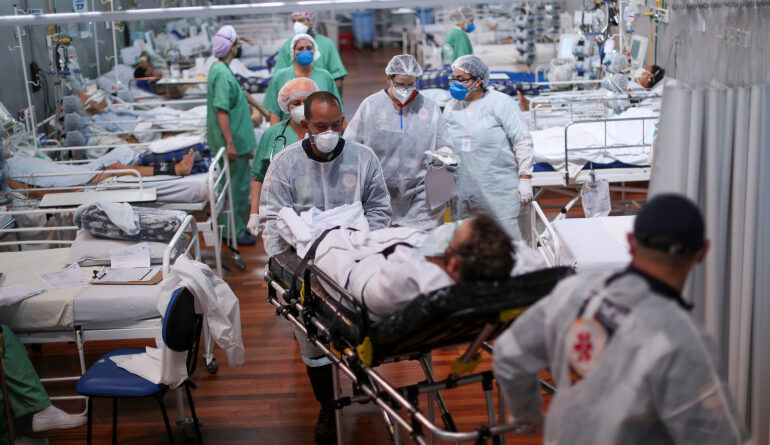 The speed of Corona has become uncontrollable: Coronavirus. Increased deaths from Corona, waiting at cremation grounds from Delhi to Lucknow and Surat; Huge crowds in cemeteries.

The speed of Corona has become uncontrollable throughout the country. Nearly 2 lakh new cases of corona have been reported in India in the last 24 hours.

While more than a thousand deaths have occurred for the second consecutive day. Covid-19 patients have a lower recovery rate compared to an increase in positive cases of the corona.

New records are also being made on mortality. People have to wait long for the last rites.

Waiting for several hours for a funeral in Delhi.

In the last four days alone, there have been 240 deaths in the capital Delhi, leading to the funeral for cremation at both the crematorium and the cemetery.

The land for the burial of bodies in the largest Covid cemetery on the ITO of Delhi has started falling, while cremation grounds are not being used for burial.

The condition of Nigambodh Ghat is that people have to wait for many hours to perform the last rites of the dead bodies.

Here four pyre are burning together, and a fifth is waiting to be burnt. Several ambulances were parked in the parking lot of Nigambodh Ghat, in which bodies of dead people from Corona were waiting.

Suman Gupta, general secretary of the organization of the large panchayat Vaishya Besay Agrawal, who runs the main cremation corporation of the city, Nigambodh Ghat, said that corona has increased the number of bodies.

He said that usually around 50-60 bodies are cremated here every day, now this number has increased to 80.

There are 22 places for funerals in Nigambodh Ghat where the pyre is burnt and six CNG-powered kilns are being used for the cremation of people who have been killed by the virus.

The speed of Corona has become uncontrollable: Place in a low-lying cemetery.

A similar situation is of the largest Covid cemetery in ITO, Delhi, where tombs are being dug one after the other from JCB. Responsible for the maintenance of the cemetery, it is said that the situation is very bad since last time.

Now there are only 90 tombs in the cemetery. If the dead bodies keep coming at the same speed, then this cemetery will be filled in less than 10 days.

Corporations in the capital have asked the health department to monitor the funeral of tragic deaths from Corona at the cremation ghats and cemeteries.

The health department should ensure that no one has to wait for the last rites at the cemeteries and cremation ghats. Or do not have to take any other kind of trouble.

North Delhi Mayor Jai Prakash said that he has written a letter to CM Arvind Kejriwal seeking help in arranging the land for burial.

A corporation official said that deep graves have to be dug to bury the victims of Kovid-19 and digging from people will take a long time, hence the need for land digging machines.

The death rate from Corona also increased in Bhopal.

The death toll is rising rapidly amidst the havoc of Corona’s second. There are many problems including lack of space for cremation in rest houses and cemeteries in Bhopal.

For the last few days, the number of dead bodies brought here for cremation in rest houses and cemeteries has been increasing.

Bhadbhada Vishram Ghat had to be expanded.

Many of these people were cremated according to the protocol of Covid-19. Now we are cremating on two acres of land nearby. Bhadbhada Vishram Ghat is one of the biggest cremation ghats of Hindus in the state capital Bhopal.

He said that we have started cremation on him by constructing 30 additional Chitasthals in the open space adjacent to the Vishram Ghat. In the next two-three days, 20 more chitasthals will be built on the other land adjacent to this crematorium.

Normal deaths increased along with Corona in Lucknow.

Is Mahapatras also surprised by the large number of ordinary dead bodies arriving at the Bhaisakund crematorium in Lucknow for the last seven days? Like the covid infected carcasses, the number of non-covid carcasses is no longer decreasing.

Mahapatra Rajendra Mishra says that till now only 15 to twenty dead bodies used to come in normal days. In the last seven days, non-covid carcasses are coming from forty to 55.

This question of Mahapatra is also affirming the fact that people are dying in their homes even in the absence of investigation of corona infection and lack of treatment.

The speed of Corona has become uncontrollable: The family members are also cremating them at the normal crematorium, stating that they are non-covid bodies.

In Gullalaghat of Lucknow, only seven to eight bodies were reached on normal days, but in the last seven days, the number of non-covid bodies has increased manifold.

Last Wednesday, non-covid bodies were reduced to 61. Mahapatra Vinod Pandey says that for the first time so many bodies are coming.

By the way, on Gullalaghat seven to eight dead bodies used to come on normal days, and sometimes this number would be close to ten but every day forty to forty-six dead bodies 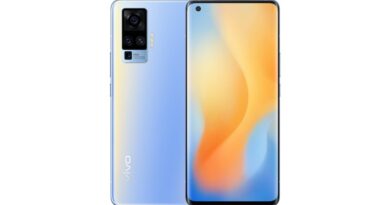 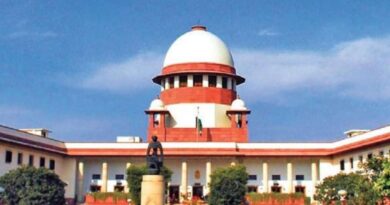 Violence In The Tractor Rally: SC Refused To Hear The Petitions 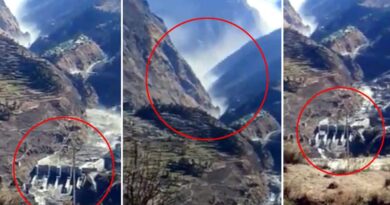