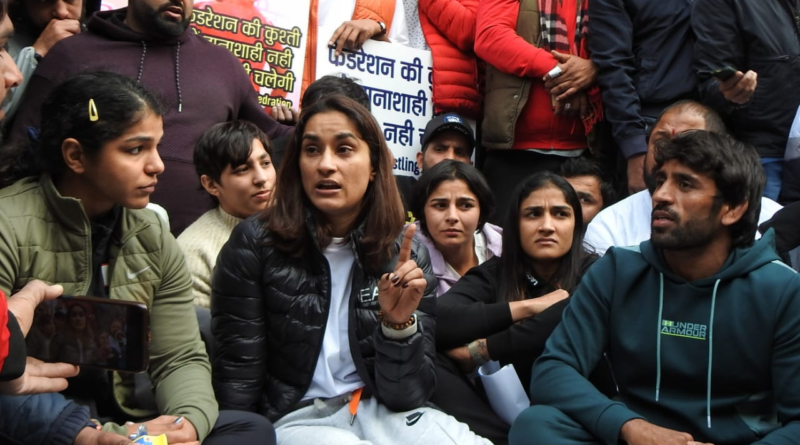 The matter is now increasing after the Wrestling Federation of India (WFI) President Brij Bhushan was accused of sexual harassment by many big women wrestlers in the country.

The protests by the wrestlers are now being supported by other sportspersons as well. Due to this many players have boycotted the National Championship and left for Jantar Mantar.

Meanwhile, Brij Bhushan Sharan Singh has also shown his hot attitude. He has made it clear that he’s going to now no longer resign.

Brij Bhushan is also going to hold a press conference on this dispute at 5 pm today at the Wrestling Training Center in Nawabganj, Gonda district of Uttar Pradesh.

The Indian Olympic Association (IOA) has called an emergency meeting of the Executive Council at 5.45 pm to discuss the allegations leveled by the wrestlers.

Brij Bhushan Sharan said – If you open your mouth, Tsunami will come.

He said that I have not talked to anyone yet, nor am I going to resign. Meanwhile, Brijbhushan attacked the wrestlers and said that if they open their mouths, a tsunami will come.

Let us tell you that the Delhi Olympic wrestlers and other international medal-winning wrestlers will sit on the dharna at Jantar Mantar on Tuesday on Friday.

They asked the president of the All India Wrestling Federation and BJP MP for Kaiserganj, Brij Bhushan Sharan Singh, to resign.

In a letter to Usha, the star wrestlers have accused the WFI president of sexual harassment and financial irregularities.

He said that I have come here today to meet the wrestlers and will always stand by everyone.

The protest will maintain until the needs are met.

Olympian Vinesh Phogat, who was looking most angry, said that she will take Brij Bhushan’s resignation and will also send him to jail.

The protest will preserve until the needs are met. It is acceptable if we lose our lives, but we will die only after improving the future of wrestling.

Along with her, Bajrang Punia and Sakshi Malik met the representatives of the government.

Will file an FIR if no solution is found: Vinesh.

When no concrete end result got here out of the talks, the wrestlers expressed their displeasure withinside the press conference.

Vinesh stated that the allegations we’ve got leveled towards Brij Bhushan Sharan Singh are absolutely correct.

Till the previous day, we had one girl wrestler with us, however, now there are 4 to 5 wrestlers with whom incorrect has happened.

We should not be forced to come forward. We are fighting to save honor. Don`t need to mention in front of all and sundry what has passed off to us.

We do now no longer need to move beforehand with the criminal way, however, if an answer isn’t always found, we are able to document an FIR as well.

If that is taking place with wrestlers like us then how secure are different girls? If we also are now no longer secure then now no longer an unmarried lady baby ought to be born in India. 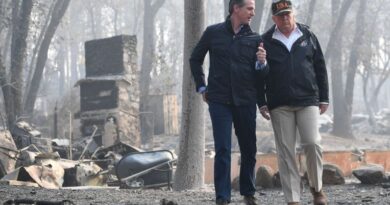 Trump Will Go To California’s Fire Jungles During Election 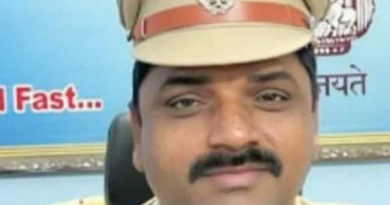 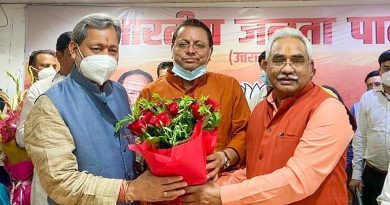 Gaze On Delhi Over The Name Of CM Of Uttarakhand