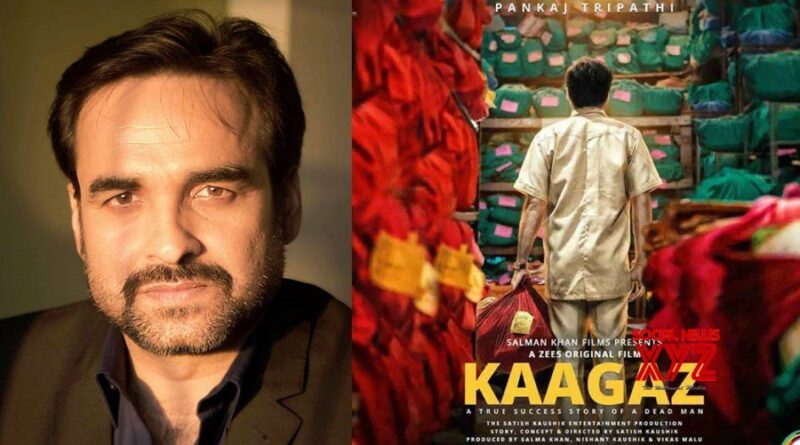 Kaagaz Review: Pankaj Tripathi’s role in the movie is, story of an obsessed person who was alive by playing the band of the system.

Although Kaagaz is lifeless, it can be more valuable than life for anyone. Especially when the proof of his being alive is on Kaagaz.

The entire existence of a man of flesh and flesh standing in front of the eyes is only on a paper.

When the system makes the life of a simple man funny, how far can he go for his rights?

The Kaagaz produced by Salman Khan and directed by Satish Kaushik, released on 7 January on Zee 5, is one such unique fight story.

In real life, the protagonist of this story is Lal Bihari, who lives in the Azamgarh district of Uttar Pradesh.

While on the screen this ‘paper’ battle is fought by Bharat Lal deceased i.e. Pankaj Tripathi and fought so vigorously that the audience would have lost in this battle is.

Kaagaz can be considered a link to the tradition of satirical films in Hindi cinema, one end of which goes to two years, even if it is known in Hindi cinema’s cult film.

The film was co-written by Satish Kaushik.

The story is somewhat like Bharat Lal’s band-band shop in Amilo village of Azamgarh district.

On the advice of Pandit and on the insistence of his wife, he goes to the bank to apply for a loan to make the shop bigger.

Bankers explain that some land and property will have to be mortgaged for the loan. In another village nearby is Bharat Lal’s ancestral land, on which his uncle and his family cultivate.

Bharat thinks of pledging his share of land for the loan.

When he reaches the tehsil office to find out about the land, the ground slips from under his feet. A decade has passed since Bharat learns that he is dead.

The accountant who had studied with him in the village school as a child, does not even consider him alive, because it is written in the papers that Bharat is dead.

The uncle’s family colluded with the lekhpal and killed him on paper.

After forgetting the loan and the land, Bharat now tries to prove himself alive. From the DM to the PM writes the letter, but the result remains the cipher.

He realizes that he is the most powerful accountant in this country, more than the PM. Police, law, politics, nothing works for India.

In this passion, a long time of 18 years is passed. Hair gets ripe. The wife has gone to her maternal home with children. Business is at a standstill. But Bharat does not give up.

After being disappointed by the three pillars of democracy, Bharat gives his personal fight as a movement by forming a deceased union with those declared dead on paper, in which he is helped by the fourth pillar of democracy.

After this, there are many such incidents, which make the spectators shudder and make them think, is this system really designed to keep the last man of society alive or to kill.

Satish Kaushik has written the film’s narrative, screenplay and dialogues. The screenplay is kept in a Narrative style.

The story begins with Satish’s voiceover in the seventies, when the Emergency was over in the country, Rajesh Khanna’s stardom was on the rise.

Mohammed Rafi’s songs became anthems of various wedding ceremonies, and Vinaka the tunes of Sangeetmala used to float in Fiza.

Satish Kaushik has used these symbols in scenes to establish that era.

The dialogues are sharp and Humor’s flow is constant throughout the screenplay. Regardless of the situation, it has been kept light-hearted through dialogues.

The scenes are written in such a way that the beginning is serious, but ends with humor.

In writing the scenes, the language, sociality, and lifestyle of the story have been closely taken care of, which has given a different dimension to the film.

The paper screenplay is fully supported by its cast. Pankaj Tripathi in the character of Bharat Lal is completely immersed and has covered the rural environment.

The ease, simplicity and ingenuity of Bharata’s character have been closely followed by Pankaj. It is a marvel of his performance that you also have a pity for the character’s helplessness.

Amar Upadhyay plays the Dabangg MLA. However, there was not much on his part. Appreciation should also be given to the local actors who have played small roles in the film.

These artists have helped in the effective combination of scenes.

The direction of Satish Kaushik is balanced. The actual locations are well used, which increases the film’s credibility.

The poem on paper in the voice of Salman Khan before the credits roll is sharp and thoughtful.

The paper fight continues in the country even today. In such a situation the story is contemporary despite being decades old 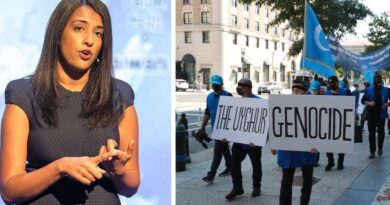 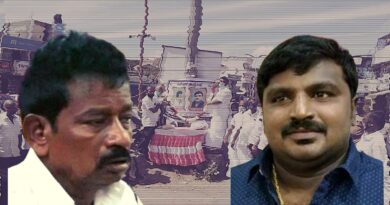 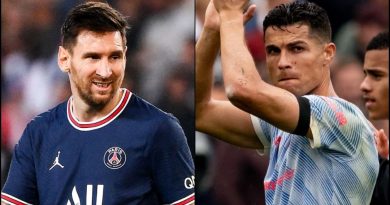