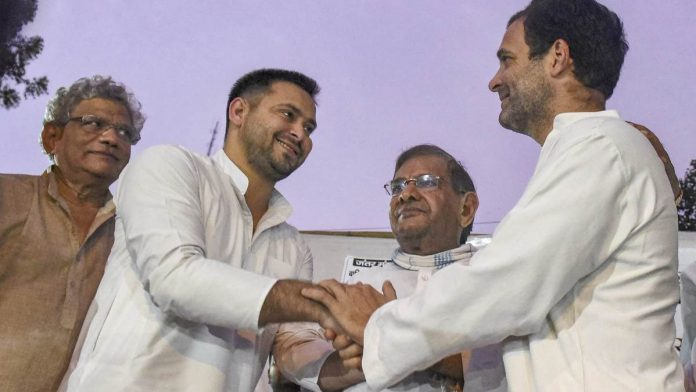 Congress stuck in grand alliance, bid on RJD’s 65 – we are ready on 243. The Congress screw is stuck in the Grand Alliance for the Bihar Assembly elections.

Meanwhile, after the Congress Screening Committee meeting, the committee chairman Avinash Pandey has returned to Delhi with the names of candidates for 243 seats.

It is being told that the Rashtriya Janata Dal (RJD), the largest constituent of the Mahagathbandhan, has proposed to the Congress to contest 65 seats, on which it is not agreed. Damage control efforts are underway.

If this does not happen, the Congress has already announced to contest elections on all the seats, separating from the Grand Alliance. However, the final decision has to be taken by the party high command Sonia Gandhi.

Screening committee returned to Delhi, taking the names of 243 candidates

A meeting of the Congress Screening Committee for the Bihar assembly elections was held in Patna. Screening committee chairman Avinash Pandey and members Qazi Nizamuddin and Devendra Yadav held a meeting with all the congressional district presidents and took feedback from them on potential candidates for all the assembly seats in their district as well as other points.

Final decision of the high command, feedback report will be given

Earlier Avinash Pandey said that the feedback received from the district heads will be reported to the high command. The final decision will be there. State President Madan Mohan Jha and Legislature Party leader Sadanand Singh said that party workers will be given due consideration in the Congress elections.

Party spokesman Rajesh Rathore said that this time the Congress has applied for applications from the Hi-Tech single window system. All applications were sent to the Screening Committee in digital form and to competent officials of the State Congress.

The screening committee and the secretary in charge returned to Delhi late in the evening after a two-day marathon meeting.

If the RJD gives seats to the developing Insan Party and Jharkhand Mukti Morcha from its quota, then the Congress will have to give seats to the Nationalist Congress from its quota. It is being told that CPI-ML has also been offered 14 seats, CPI three, and CPM two seats. However, Congress does not agree to this. Congress stuck at least 70 seats.

RJD in touch with Congress to sort out seat-sharing knots

Whatever the decision, the Congress high command is currently supporting a policy of avoiding unsympathetic statements. Sources reveal that the high command is upset with the statement of Avinash Pandey, who contested 243 seats. He has been instructed to speak in dignity.

However, according to the tradition of the Congress, the high command has to take the final decision. Congress spokesperson Harkhu Jha said that the decision to compromise with RJD-Left parties has been decided at the level of party’s national president Sonia Gandhi and RJD president Lalu Prasad.

The seats will also be decided with the consent of these two. The high command has to take the right to decide on how many seats the Congress will contest. No party representative is authorized to speak on this issue. 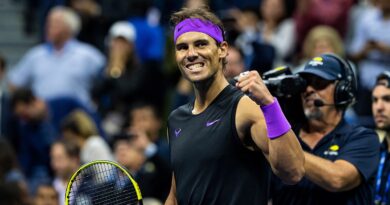 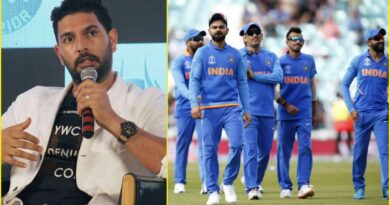 Yuvraj Singh Revealed About The Selection In The 2019 WC Squad. 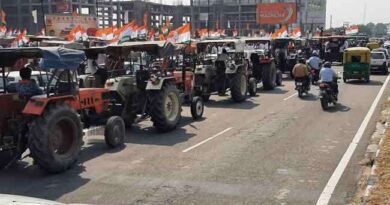 Congress Traveled To Delhi To Protest Against Agricultural Bills