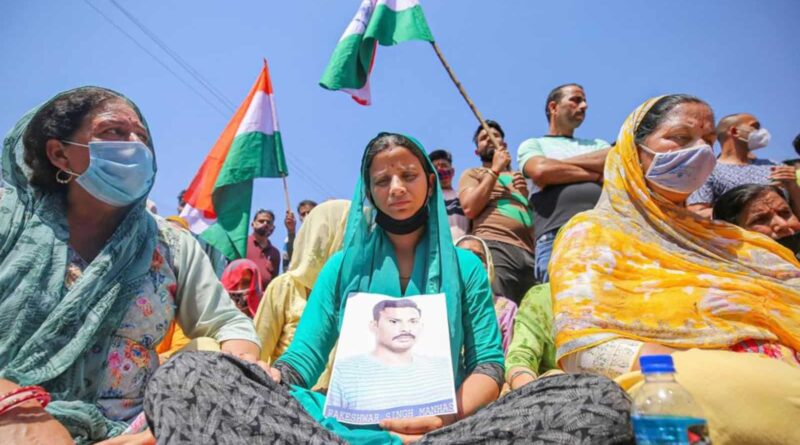 People protesting for the release of kidnapped CRPF Jawan. Anger on Naxalites over not leaving CRPF jawan, Jammu-Akhnoor highway jam.

On Wednesday, family members and people of the area got angry over not leaving Rakeshwar Singh, a jawan from Barnai village in Jammu, during a CRPF jawan encounter with Naxalites in Bijapur district of Chhattisgarh.

At around 10 am on Wednesday morning, they performed the jam-jammed Akhnoor highway.

His mother Kunti Devi said that whatever information she is getting, she is getting it from the media. In such a situation, she is worried about his daughter’s well-being.

Rakeshwar Manhas’ wife Meenu was photographed with him in the performance. Meenu said that the central government should tell what has happened to him and what the government is doing for the release of her husband.

Many people who took part in the demonstration held the tricolor in their hands and were chanting Bharat Mata.

Anshul Garg told the relatives of CRPF jawan Rakeshwar that the central government is taking all necessary steps for his release. He assured to send the grievances of the family to senior officials.

People protesting for the release: SSP Chandan Kohli appealed to the family of Rakeshwar, who was performing, to open the Jammu-Akhnoor highway.

He said that I do not want to give any false assurance about this. I am a small officer. The whole process of release is going on from the central government.

We have sympathy with Rakeshwar Manhas and you. We are helpless at the moment. He told the family that there was a heavy jam due to the dharna on the highway.

In such a situation, their appeal is to end the picket, so that the traffic can be smooth. After this, at about one o’clock, the family members finished their sit-in demonstration.

Due to the protests that lasted for about three hours, vehicles were jammed on the highway for several kilometers from Akhnoor town to Shakti Nagar in Jammu city.

Three hours of protest led to several kilometers of jam: Cousins ​​protested in the ancestral village too.

The release of CRPF jawan Rakeshwar Singh Manhas from the occupation of the Naxalites was also demonstrated by his cousins ​​and other close relatives at his native Khador town.

Jawan’s cousins ​​in Pangali village of Khao protested in the town for the release of Rakeshwar Singh Manhas and demanded his safe release.

Besides, the people of Pangali village and nearby villages protested on Wednesday morning demanding the release of the brother.

The performance was also attended by the DDC chairman. During the demonstration, people were holding the tricolor in their hands and were chanting Bharat Mata. 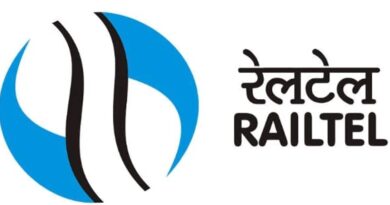 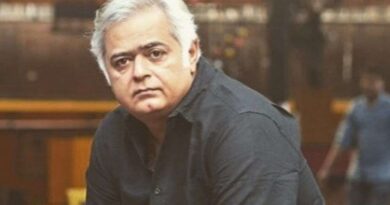 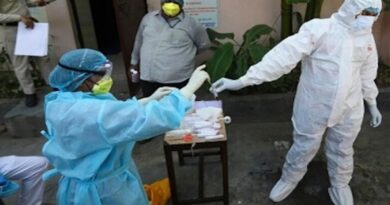