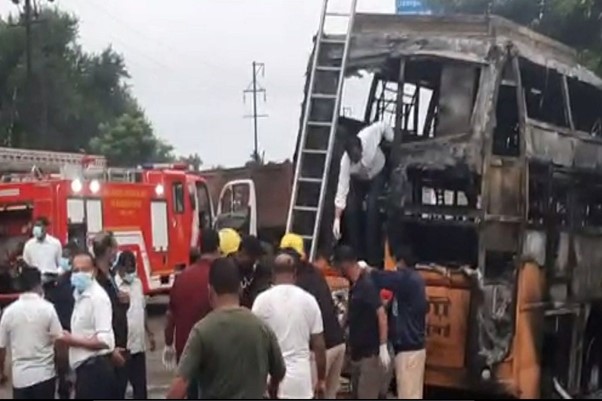 A horrific road accident occurred in Nashik, Maharashtra. There was a fierce collision between a private bus and a truck, after which the bus caught fire.

The news of the death of 11 people is coming out in this road accident, this includes a child.

Expressing grief over this accident, PM Modi announced an Ex-Gratia of Rs 2 lakh from PMNRF to the next of kin of each of the deceased.

At the same time, 50-50 thousand rupees will be given to the injured.

On the other hand, Chief Minister Eknath Shinde expressed grief over the accident and announced a compensation of Rs 5 lakh to the next of kin of the deceased.

People were burning in front of us on the bus, but it is being told that the bus hit the truck.

An eyewitness to the accident said, ‘This accident happened in front of my house. The truck was parked there, and after the collision, the bus caught fire.

The bus became a complete ball of fire. In such a situation, many people did not get a chance to get off the bus.

The fire was so fierce that we stood in front, but could not do anything. After some time police and the fire brigade came and brought the situation under control. However, by then it was too late.

The bus hit the container.

According to the information given by the Nashik Police regarding the road accident, the accident took place on Aurangabad Road at around 5 am on Saturday.

A private bus hit the container, soon after which the bus caught fire. Those injured in the accident have been taken to the hospital.

At the same time, he said that the death toll is expected to rise, as many people have also been seriously injured.

Police are investigating the accident.

However, it is not yet clear whether those killed and injured in the Nashik road accident were the bus riders or the people sitting in the container.

At the same time, a truck and a roadways bus collided on the Delhi-Lucknow National Highway in Gajraula, Uttar Pradesh.

It is being told that this accident happened near village Kankather on the highway. About 20 passengers aboard the bus are reported to have been injured in the accident.

The injured have been admitted to a government hospital in the area for treatment. Two of them are currently in critical condition, they have been referred to the district hospital.

After the accident, there was a huge jam on the road, the police removed the damaged vehicles from the road with the help of a crane to smooth the traffic. 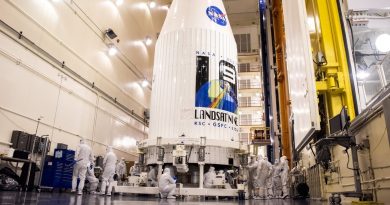 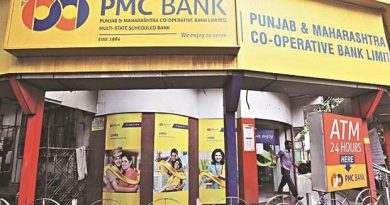 Withdrawal Exemption Of Up To 5 Lakh In PMC Bank 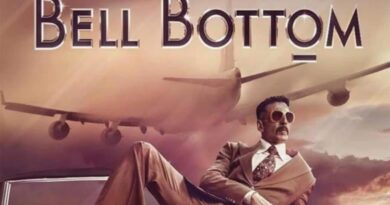 Akshay Kumar’s Movie ‘Bell Bottom’ Will Be Released On OTT