The death of a Mahamandaleshwar during the ongoing Kumbh in Haridwar due to Coronavirus infection and the contagion of several other saints has raised the concern of the government of Delhi, UP, and Haryana about the agitator.

Along with the government, administrative officials are also fearing that corona bombs may not explode even among the protesters sitting on the four borders, like the Kumbh of Haridwar. In such a situation, it will be difficult to control.

It has been announced to continue the farmer movement in lockdown and curfew.

Let us tell you that the protest demonstration of the farmers issued on all four borders of Delhi-Haryana and UP against the three Central Agricultural Laws has completed four and a half months.

Meanwhile, Coronavirus infection has become uncontrollable across the country, including Delhi-NCR, despite its peasant protesters not ready to postpone their agitation.

Rakesh Tikait, the National Spokesperson of the Bharatiya Kisan Union, and Dr. Darshan Pal, one of the prominent leaders of United Kisan Morcha, have said that despite the Corona movement will not be postponed, it will continue.

Corona bomb can explode on all four borders.

The protesters sitting on the four borders of Delhi-NCR (Shahjahanpur, Tikri, Singhu, and Ghazipur border) are looking carefree with Coronavirus infection.

Singhu or Tikri or demonstrators involved in UP border dharna are not using masks. In such a situation, if the coronavirus infection spreads here, the situation will be very bad.

Please tell that around 50 saints and saints Corona have been infected due to the crowd in the ongoing Kumbh in Haridwar.

The UP Border-Singhu border is not being followed by the law of physical distance.

According to the Jagran correspondent, not only Singhu, but also at the UP border, the rules of physical distance are also being violated.

The protesters have announced to continue the strike even further. In such a situation, if a single protestor comes under the grip of Corona, then the situation can be very dire.

Mahamandaleshwar died due to Coronavirus: A similar situation is on the Tikri and Shajahanpur borders, where some farmers of Rajasthan and Haryana are demonstrating.

Rakesh Tikait, the national spokesperson of the Bharatiya Kisan Union, said at the UP Gate on Friday that if the lockdown takes place, the movement will continue.

Farmers have been sitting for five months at other borders including UP Gate. He described the boundaries as farmers’ villages and said that if no one leaves his house in lockdown, then how will the farmers go.

The movement will be carried out following the rules of lockdown. This obstinate attitude is likely to spread the corona infection here.

Rakesh Tikait said that if the government imposes a lockdown, the farmers will not be able to come here from the villages. The farmers who are agitating here will stay here.

Rules will be followed. He has appealed to the farmers sitting on the movement to get the anti-coronary vaccine. He said that the farmers will be vaccinated with the help of nearby hospitals and administration. 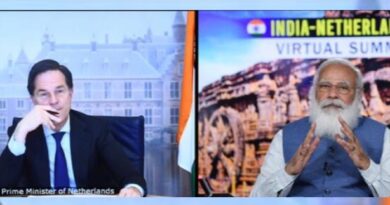 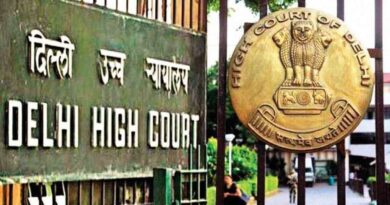 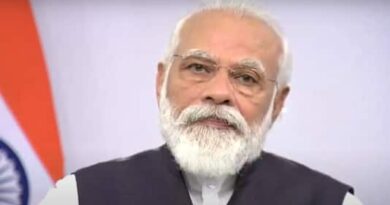