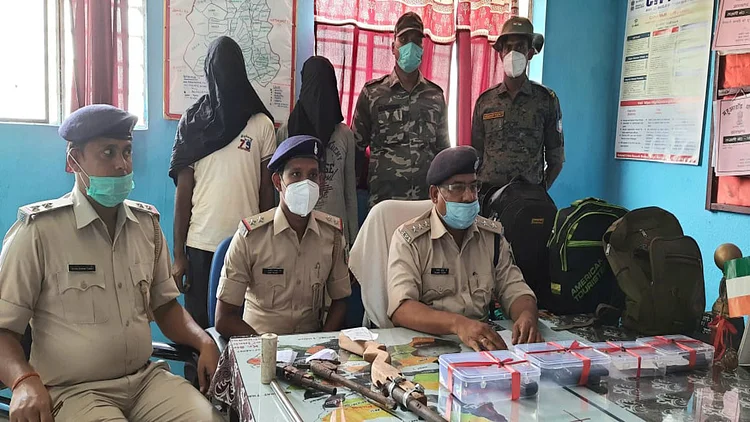 Two JJMP Naxalites were arrested in Garhwa, organization’s poster and mobile were recovered.

Two active Naxalites of banned militant organization JJMP were arrested by the police team under the leadership of SDPO Sudarshan Kumar Astik and sent to judicial custody on Monday.

The case is of Tamgekhurd and Hurdag villages of Ranka police station area of ​​Garhwa district. On the basis of secret information, the police raided here late on Sunday night.

Apart from the pamphlet and literature of the JJMP organization from both the arrested Naxalites, the mobile users in the collection of levies have been recovered.

Giving information about this, Sudarshan Kumar Aastik told at the press conference at Ranka police station.

On Monday the Superintendent of Police Anjani Kumar Jha had received information about two active members of JJMP hiding in Hurdag and Tamke Khurd villages of the Ranka police station area.

In the light of the instructions received from the Superintendent of Police, immediately the teams of Ranka Bhandari and Ramkanda police stations were formed and raids were conducted.

After this, the police were successful in arresting the active squad members of JJMP Vijay Bhuyan and Uday Paswan from Tamgekhurd and Hurdag villages.

The DSP said that during the search, the posters of JJMP militant organization and mobile and literature used for demanding levy have been recovered by the police from both of them.

The DSP said that both the active members of JJMP are originally residents of Baghwar village of the Bhandari police station area.

Both are living in their in-laws’ house and doing the work of threatening them with forms and mobiles for collection of levy in the ongoing development works in this area.

He told that in their confession statement, both of them demanded extortion from the LNT company engaged in the work of drinking water pipeline in Bishrampur 22 plot village of Ranka police station.

In Chete village, for the collection of levy in road construction, in addition to stage, it has been accepted to paste the form in Garhwa and Bandai police station area.

He said that the arrested Vijay Bhuyan has admitted that he was involved in an incident of mutual firing in the distribution of levy money in Kakadu Karmatand forest of Ramgarh police station area of ​​Palamu district on August 10-11. 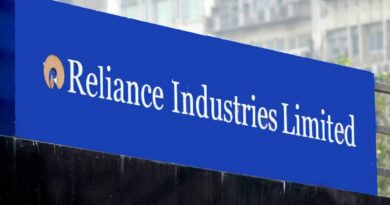 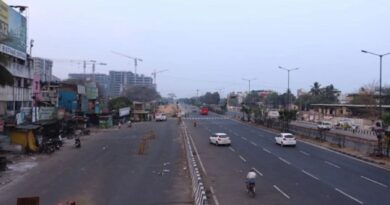 Curfew In Ahmedabad: Milk And Medical Shops Will Be Open 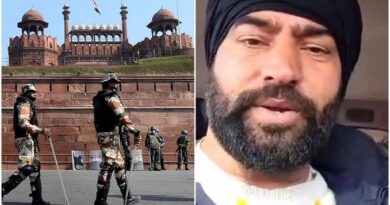